The Goose & The Golden Egg…. 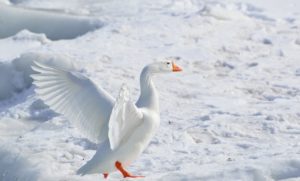 A few years ago…

I was reading a book called the seven habits of highly effective people. And I was on apart in the book where the author was sharing a practical success cycle called the PPA formula.

I don’t remember exactly what PPA stands for. I just remembered the story he shared and the impact it made on me and I wanted to share it with you.

There was once a Countryman who possessed the most wonderful Goose you can imagine, for every day when he visited the nest, the Goose had laid a beautiful, glittering, golden egg.

The Countryman took the eggs to market and soon began to get rich. But it was not long before he grew impatient with the Goose because she gave him only a single golden egg a day. He was not getting rich fast enough.

Then one day, after he had finished counting his money, the idea came to him that he could get all the golden eggs at once by killing the Goose and cutting it open. But when the deed was done, not a single golden egg did he find, and his precious Goose was dead.”

Original Source for this story: http://www.read.gov/aesop/091.html

The Moral of the Story….

You need to take care of the things that are producing results for you and embrace and nurture the process. Thats my short message for you guys today.

“Rome wasn’t built in a day”