Welcome to the best college jobs. My name is Sean Nardin. 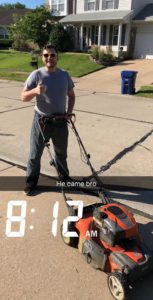 Have you ever wanted to work outside for a living?

Well in todays post im going show you how to bring your dreams to life and make 20 to 30 dollars an hour in the process.

How to make a fortune outside

My friend David gave me the idea for this job. Hes been doing it since he was 12 years old. So it doesnt take being to old for this job. You can do this at any age for the most part.

What david does is he mows peoples lawns and makes 20 to 30 dollars a house. A house usually takes 30 to 45 minutes to complete  (front and back)

Its real easy from daves position. How he scaled out his business was very simply by going door to door in his local neighborhood seeing if anyone needed their lawns mowed.

You see, it was very simple for him to find clients to mow their lawns for. All it took was a little initial work in the beginning to find the house. But after that youre golden.

So i hope you enjoyed this post. If so, show some love and RT the heck out of this on twitter.

Do you want to learn how to work from home? Then check this out.

How To Make 3g’s Flipping Phones 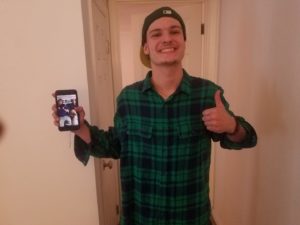 Hey there, welcome to the best college jobs. My name Sean Nardin.

In todays post youre going to learn how to make a fortune in the phone flipping industry. This is the exact formula my friend used to make $3,000 dollars in 3 weeks.

How to make a fortune flipping phones

I came across this job from my friend eric. Hes my best friend and he has no experience in the phone flipping industry. Nor any experince in internet marketing.

Yet, he made $1,000 dollars last week flipping phones on ebay and facebook.

How he does it is very simple he buys used iPhone 7 Plus , iPhone 8, galaxy s8 from people on ebay or facebook.

Then he sells the phone that he bought for more than he paid for. Usually between $100 and $200 dollars profit per phone.

How he finds the phones to flip. Real simple.

He doesnt have a script. He actually has to talk to them which sucks but at least they know they’re not talking to a guy

He talks them down from a set price. And he makes them think thats all he can spend on a phone. And the seller usually sells because their trying to get rid of their phones.

There you have it. The phone flipping secrets.

Welcome to MLSP Sites. This is your first post. Edit or delete it, then start blogging!