How to Make 2g’s A Month Selling Twitter Accounts 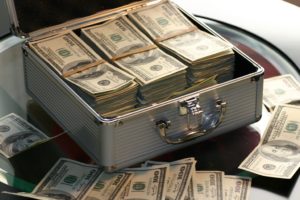 Hey there, so do you want to know how some big twitter influencers make their money online?

Now upfront this a little different kind of job.

People do make lots of money on twitter. Quite honestly, a lot of social media influencers you follow may do this on the side to create a nice chunk of change for themselves.

How To Make 2g’s a month selling twitter accounts

I came across this method a few years ago while i was prospecting folks who had a high following on twiiter.

See I was trying to build my business at the time and i came across this guy named Frankie who had a 500,000+ following. And after a little bit of talking to each other back and fourth.

I found out he sells twiiter accounts for a living and he makes like 2k a month from doing it.

For example: an account with 10k followers would cost $100 dollars.

An account with 20k followers costs $200 dollars and so on.

Thats how selling twitter accounts work. You drive traffic from a main to a mule. Then sell the mule for money.

This is one of the simplest ways for you guys to make money on twiiter.

I hope you enjoyed this post. If so, then RT the heck out of this on twitter.

Do you want to see a fantastic way for you to make money online? Then check this out.

Other than that, have a great day. 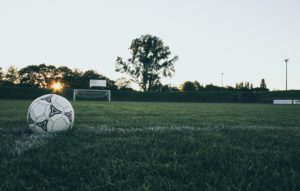 Have you ever wanted to work outside for a living? Maybe chase a ball around a play as a referee?

Well in todays post were going to cover a job where you can make up to 20 dollars an hour referring soccer.

I came across this job from my friend cameron. He was a referee for 10 years and he made bank doing it. I mean whenever we were 16 years old. He’d referee one or two games and make 35 to 40 bucks in a two hour period.

…and he would get a free tan plus a littlr exercise from his work. It was a win win situation.

I highly recommend referring to anyone who is passionate about soccer. Youll love being a referee.

You can make up to 20 dollars an hour plus. Its well worth it

Did you enjoy this best college job post? If so, show some love and RT the heck out of this on twiiter.

Do you want to learn how to make $200 dollars from home everyday? Then check this out.

Ill see you on the inside. 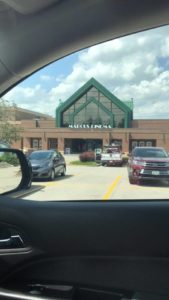 Ever wish you could see all the movies you wanna see for free? Well in todays post im not only going to show you exactly how to do that but also how you can get paid to.

How to watch your favorite movies for free

I came across this job from my friend eric. He used to work at a movie theater way back in the day. When we were like 16 and 15 years old.

I swear he wouldnt go a night were he wouldnt find a phone. Or a 20 dolllar bill or a pack of cigs or something.

He used to send me a text saying “i found a phone. I found 20 bucks on the ground. I found this and that” or “im watching so and so movie” (usually a new one that just came out in theaters) consistently.

He usually would turn in lost phones stuff but 20 dollar bills and packs of cigs he would keep.

So if you want to find lost phones all day and watch your favorite movies for free. Then work at a movie theater.

Did you enjoy this post? If so, show some love and RT the heck out of this on twitter 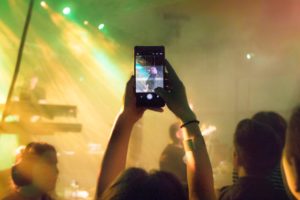 Hey there, welcome to the best college jobs.

Have you ever wanted to make money playing video games or simply live streaming yourself doing something on the internet?

Well in today’s post you’re going to learn how you can make a fortune playing video games or just talking to a camera online.

How to make a fortune playing video games

I came across this job from a famous streamer named boaty. I used to play runescape and hes one of the best streams that i know of.

He plays a ton of runescape and he streams a lot of his game play. And i swear if you watch his stream. He has donations and subscriber’s coming in left and right.

It would be like 5 bucks here. 5 bucks there. 10 bucks from someone else and so on.

He makes a lot of money from streaming (dont know exactly how much. Just know it provides him with a nice living style)

And it’s all free for him to do.

I swear if you’re into video games. I recommend trying to stream your game play. You can make a fair amount of money by doing so and it’s fun.

So if you enjoyed this post. Feel free to show some love and RT the heck out of this on twitter.

Hey there, welcome to the best college jobs. Where we like to discover the best ways for you guys to make money.

In todays post were going to cover an excellent job for you guys to make money working overnight.

I came across this job from my friend eric. He worked at a gas station. Mobile on the run to be exact and he loved it.

He made a little more than minimum wage and he was able to work alone on his shifts.

He really enjoyed working at mobile on the run. It was a blast. I would always visit him on his shifts. And him and i would purchase scratch offs and booze and really just have a good time when he was working.

Eric really enjoyed working at a gas station. He recommends it to anyone who needs a good part time job while their going through school.

Other than that, if you enjoyed this post. Show some love and RT the heck out of this on twitter.

Do you want to learn how to make money from home? Then check this out…

Ill see you on the inside