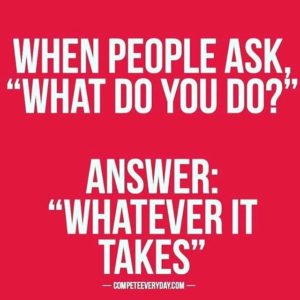 Okay so, when it comes to building a following on YouTube there’s a couple steps you need to understand in the beginning. First, it’s a lot easier than you think. Second, it’s so much more fun than you think.

I know for me, when I built my following on YouTube. I knew everything I needed to know about YouTube and generating traffic before I even started.

One of the first things you need to understand when it comes to building a following on YouTube is:

I talked a little bit about what is your niche in this post. But I want to dive a little deeper about why it’s important to understand that you know your niche.

Your niche is basically your audience – it’s a group of selected people who are interested in what you have to say. It’s basically your circle – your peer group if you want to think about them like that. The reason you want to pick a niche is because you want to have an idea on WHO you are speaking to and really what they want.

You see, I know for me the reason I was able to build a following on YouTube so quickly was because I knew exactly who I was speaking to and what kind of videos I could make that would interest them. Does that make sense?

The first step towards building a following on YouTube is to pick a Niche – a targeted Audience who you’re going to make videos for.

The second step on how to build a following on YouTube is simply:

This is a big step that will really help you out with the overall traffic part of your YouTube channel. You see, when you’re trying to build a following on YouTube you want to be able to generate traffic and subscribers from your videos without you really having to do anything, you feel me?

That’s one of the beauties of the internet.

If you target certain keywords for each one of your videos. Your videos are going to start ranking high in the search engines for certain phrases people look up based around your niche. And you’re going to start generating traffic and subscribers left and right from your work.

The third step on how to build a following on YouTube is really simply:

Everyone loves a consistent channel that uploads new content every week. So if you want people to know like and trust you. Then you really want to be consistent and upload a new video 3 to 5 times a week.

That will help you build the habit, trust and give your viewers something to watch all the time and people will like you more.

The fourth and final step on how to build a following on YouTube is:

This is a big one and really comes down to the things you say in your videos. You see, sometimes one of the biggest things you can to start building a following on YouTube is simply by creating engagement on your channel and videos.

What this means is, you have people commenting, engaging with the things you say and people liking and sharing your videos. You see, sometimes in human psychology, people tend to strive in social packs and they tend to follow everyone else. And if you can start creating social engagement on your YouTube channel.

You’re going to be able to build a following much quicker than you would if you had no social engagement, make sense?

So there you have it, those are the 4 steps on how to build a following on YouTube. If you enjoyed this post, show some love and leave a comment below if you have any questions.

How To Create Income On Demand

Do you want to learn how to create income on demand?

A lot of times, when people think about money. It can seem ‘hard’ or ‘difficult’ to make sometimes. It really all depends on what you are doing and how you are going about creating that income. Like for example, if you’re trading your time for dollars. Then it’s pretty difficult to create income on demand unless you’re working at your job.

However, if you’re a marketing a product or your own company out there in the market place. You essentially have the capability to create income on demand.

I swear in this video, I’m going to show you how to create income on demand and it may blow your mind just on how simple it can be for you.

Did you enjoy this video? If so, show some love and leave a comment below if you have any questions.

Those are three simple ways for you on how to create income on demand. Feel free to pick anyone of the three and run with it. It’s one of the coolest feelings in the world when you master the formula. And if you need help or you want a better understanding of how the process works on creating an income on demand.

Then simply take a few minutes to watch this video

You can do it.

You Deserve To Live Your Dream

Your a unique individual, you know that right?

Whatever your dream whether how big or small it is – it doesn’t matter. You deserve to live it. I can assure you of that. You deserve to live your dream lifestyle – and you can. I can assure you of that too. A lot of times all it really takes is a little bit of dreaming and soul searching to really find your why and your passion. If you remember on day two of our training series we’re we shared the difference between rich people and ordinary folks.

I’m serious when I say you deserve to live your dream. Think about it and let me know in the comments below.

If you’d like more help with mindset and way for you to create the income that you want from the comforts of your own home then go ahead and watch this short video.

3 Fantastic Ways To Increase Your Income

Every one wants to make more money, right?

Of course we do.

It supplies us with a means to an end. It’s necessary in today’s society. And there’s one thing I’ve realized after years of being in the personal development niche and listening to folks who make 100,000’s of thousands of dollars a month. Money can come to you easily. It’s easy to make. The only hard part about money is holding on to it.

That’s why in today’s video I’m going to share 3 fantastic ways to increase your income to a point where you can start holding on to as much money you want to hold onto.

Did you enjoy this video? If so, show some love and leave a comment below.

Do you want to learn how to increase your income quickly? Then watch this video real quick

I’ll see you on the inside.

How To Increase Your Self Worth

Are self worth, greatly impacts the way we see the world – and how we respond to it.

Sometimes if you want to make more money in this world. Your self worth has to be aligned with that income goal you have in your mind. And if it’s not, there’s a high chance you wont achieve it. No offense.

So if you want to make more money in your life the first place you want to start with is, you. Your self worth.

How you see yourself – and the value that you bring to the market place. Find out how to increase your self worth in today’s video.

Did this video help you? If so, show some love and leave a comment below

Are you ready to increase your self worth? It will greatly impact your life in so many ways and I swear to god. One small step towards your personal development will give you brand new page to write in your book. A fresh start.

You can do it.