I remember one of my favorite vacations was when I was a kid actually. My best friend’s family and I went down to Alabama for a week. And we visited a whole bunch of different water parks and just had a splendid time.

So in today’s post I want to go over the Top 5 Vacation Spots. 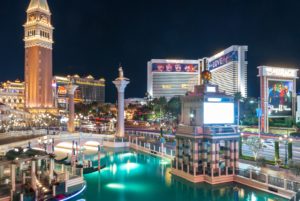 Oh my god, do I have a story for you about Las Vegas. Let me take you back to the year 2014. I was in an affiliate marketing company called Empower Network at the time. We had a BIG company event being held that weekend in Las Vegas.

My best friend and I Angel drove to Las Vegas from Saint Louis Missouri. It was like a 22 hour trip. And when we finally got there. It was one of the COOLEST trips I had ever been because this HOTEL was MASSIVE!

I mean they had slot machines there (I won a jackpot on one of them) and they had a smoking lounge (I vape so it was chillin) and they had these really nice Pina collates that they would serve out in the pool area.

And Las Vegas was one of my favorite vacation spots ever because I have so many funny memories of walking around on the strip, listening to spooky stories at night and scaring britta and really living a good life.

So if you want a great vacation destination, then consider going to Las Vegas. It was so fun. (Photo by David Vives from Pexels) 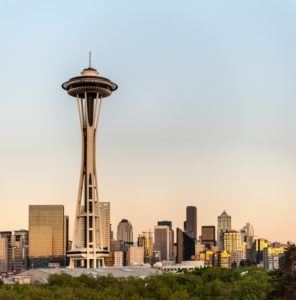 I’m talking there’s this place called The Needle in Seattle Washington that literally rotates in the sky. The whole restaurant spins at like 2 to 3 mphers. So if you eat lunch there by the time you finish eating. If you were seated towards the east. You could leave that lunch table facing west now.

And I remember going there a couple times and it was really chill. There was nothing like dinning in the SKY at the needle.

So if you want a good family vacation to go on, then consider checking out Seattle Washington. (Photo by Sergei Akulich from Pexels) 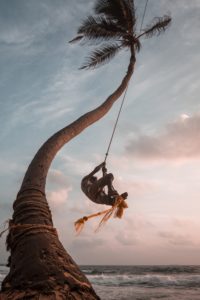 So I was listening to an audio by a dear friend of mine named David. He was the leader of Empower Network and he would hold these training seminars or conferences at his house in Costa Rica. I knew about them because I watched every one of his videos and listened to a majority every single audio he made.

And I remember in one audio of his he was talking about giving people personal breakthroughs and transformations. And he was telling a story of how this one lady was really struggling to believe she could make it in her online business.

So he took the whole pack of people up to this Tarzan swing. How he explained was you’re looking over a valley and there’s this big Tarzan swing that people swing on and go soaring through the jungle!

And it sounded so epic when I first heard it, I was like DANG I need to go to Costa Rica to see this and experience this event. It sounded so cool and epic.

So if you want to soar around the jungles on a Tarzan swing, then you want to consider going to Costa Rica. (Photo by Alexis Azabache from Pexels) 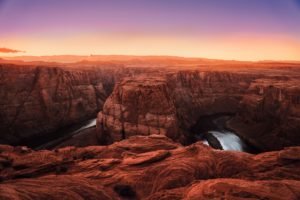 So when I was 10 years old. My family and I were visiting Arizona to see the Grand Canyon. I’m talking as a 10 year old it was one of the most exciting vacations I have EVER gone on because 1) a pack of squirrels stole my ice cream cone while I was there. The hopped up on my lap and took a big nibble out of it. I swear to god. 2) we went whitewater rafting through the grand canyon and 3) I bought one of the coolest dream catchers there that I still have till today.

The view of the Grand Canyon was incredibly beautiful. I’m talking you could see for MILES and MILES of just pure beauty of rock. Like I mean when I was coming home from Las Vegas back in 2014 when I was older.

I was standing on the edge of the peer with my friend Angel and Britta and it was one of the most beautiful sights I had ever seen in my life.

So if you want to experience a really neat and exciting place. Then you may want to consider checking out The Grand Canyon. (Photo by David Ilécio from Pexels) 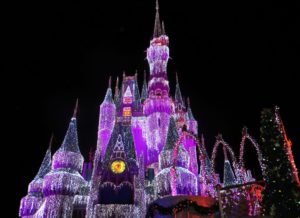 I’ve always been a Disney fan. Ever since I was introduced to Online Marketing. One of my big dreams was to create and build a team and go to Disney world for an undisclosed amount of time.

I went there almost a year ago in 2018 with my family and I’m in my 20s now. And I still had a blast going to Disney World. I’m talking we went to Epcot, The Magical Kingdom, The Animal Kingdom and a few other big attractions down there.

And it was an INCREDIBLE!

So if you want to experience a great vacation, then consider going to Disney World. (Photo by Magda Ehlers from Pexels)

Thanks for checking out the Global Networks Blog posts. We provide various kinds of information to our loyal subscribers. So if you’d like some exclusive behind the scenes content on Income producing activities, Lifestyle related content & dream building activities (all of which are guaranteed to wow you). Then go ahead and click on the link below to join our exclusive email list for more information.

Here’s the link to let you in!