How to Create Influence with People 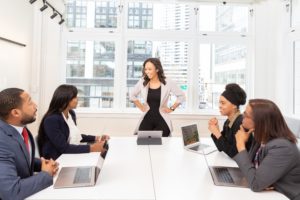 The exact definition of influence is “the capacity to have an effect on the character, development, or behavior of someone or something, or the effect itself.”

What that means is, when you have influence with someone. You can basically give them suggestions, ideas or opinions that will or can alter their behaviors or decisions toward something.

Yeah, influence is one of those things you REALLY want with people. If you don’t have influence with someone chances are they’re going to forget everything you say within a matter of minutes.

You don’t want that.

So how to create influence with people is real simple.

The first step is to be knowledgeable on the subject matter that you’re talking about.

Know what you’re talking about.

You need to understand what you’re talking about if you want to create influence with someone. This is a big one and it’s very important for you to understand.

If you don’t fully understand a topic or subject for that matter, then follow the second step and research it.

Once you have done the research part another great way to create influence with people is to show social proof that what you’re saying is true – or works.

A great example of that can be our promotion network for example. When I’m talking to a potential social media influencer and I want them to become a part of the global network.

I tell people upfront I have a network of social media influencers that equates to well over 4m+ twitter followers. And then I give them the opportunity to join the network if I feel it’s a fit for them.

I always check a few key things before I make the initial approach. I make sure that the person I’m communicating with is not only intelligent (meaning they post valuable information to their followers). They have a nice loyal following and they’re committed to pursing their dreams and goals and helping as many folks do the same.

If they don’t meet those few key elements, I move on.

I only want to work with people who I see are a FIT for my organization and will bring LIFE to it.

You see, sometimes its not influence itself that’s the problem. It’s who you’re trying to influence.

…what do they want?

If you understand that, what people want. It’s very easy to deliver a message that speaks directly towards their wants and desires.

That’s how you create influence with people.

You become knowledgeable on the subject by researching it. Then you show social proof that you understand the subject and then you give people what they want.

That’s when people will begin listening to you.