How To Build a Following On Social Media 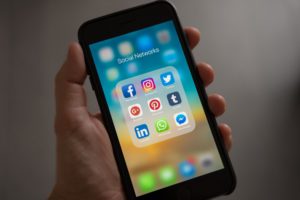 So there’s nothing like being able to shoot a short video and upload it to Social Media. And generate 20, 30 likes and comments on your posts. You know what I’m saying?

That’s kind of how it was for me on Facebook a few years ago. I mean I could post anything. A picture of the beach. A quote. A caption or just a simple short story and I’d get pages and pages of comments and likes on my posts. And I got to say, it was a very motivating experience.

There’s nothing like being able to say what you want and generate so much feedback on anything and everything you post. That’s why I want to pull back the curtains and show you how to build a following on Social Media.

Because I promise you once you build a following on Social Media. You’re going to feel so much better about yourself.

How To Build a Following On Social Media.

You really want to choose a platform like Facebook, twitter, Instagram that you can build a following on and stick with it. Why you want to do this is because you want to be able to focus entirely on that one platform. That one social media site you’re building a following on.

I know for me, I have a promotion strategy on twitter so I mainly stick to twitter entirely. And I have an entire marketing plan and away to find new potential followers for each twitter page of mine.

You really want to pick a platform and stick with it.

I know this may sound like a no brainier but it’s TRUE. Trust me.

You really want to build an audience of people who are interested in what you have. For example, I have a twitter page called the HelpinTubers pages where basically I help YouTubers build their channels and stuff. I have a whole course and training that I market to them through a blog post.

Now if I want out there and just started random following people who weren’t even interested in YouTube. How long do you think my twitter page would be successful for? Not very successful, eh?

However, on the flip-side if I went out there and started following ONLY YouTubers so that means the ONLY people who are finding my page are YouTubers. How great of chance do you think I have to succeed then?

Do you see the difference? This a BIG step on how to build a following on Social Media. You really want to build an audience of individuals who are interested in the topic you are passionate about. Trust me,

I’ll have a post that dives a little deeper into this subject a little late on but as of now if you need help on discovering your ideal targeted audience. Then check out this post on who’s your niche?

Now it really comes down to focus on what you’re going to say to this individuals to keep them engaged and entertained. I recommend you using a value based content strategy.

What that means is you provide valuable based content that moves the prospect one step closer towards their desired outcome in each post. A lot of times, it doesn’t take that much to show you expertise in the eyes of your prospects.

You can upload a short 30 to 45 second video that shares one or two facts related around your niche and build a nice solid following from videos just like that. Or you can write a short article on 5 ways to improve something or 5 steps to getting better at something.

It’s entirely up to you.

All that you want to do though is provide valuable content that basically educates your view on the specific topic of interest to them and stay consistent.

That’s how you build a following on Social Media

So if you enjoyed this post, show some love and leave your thoughts in the comments below.